The Technological Significance of Star Wars on Our World 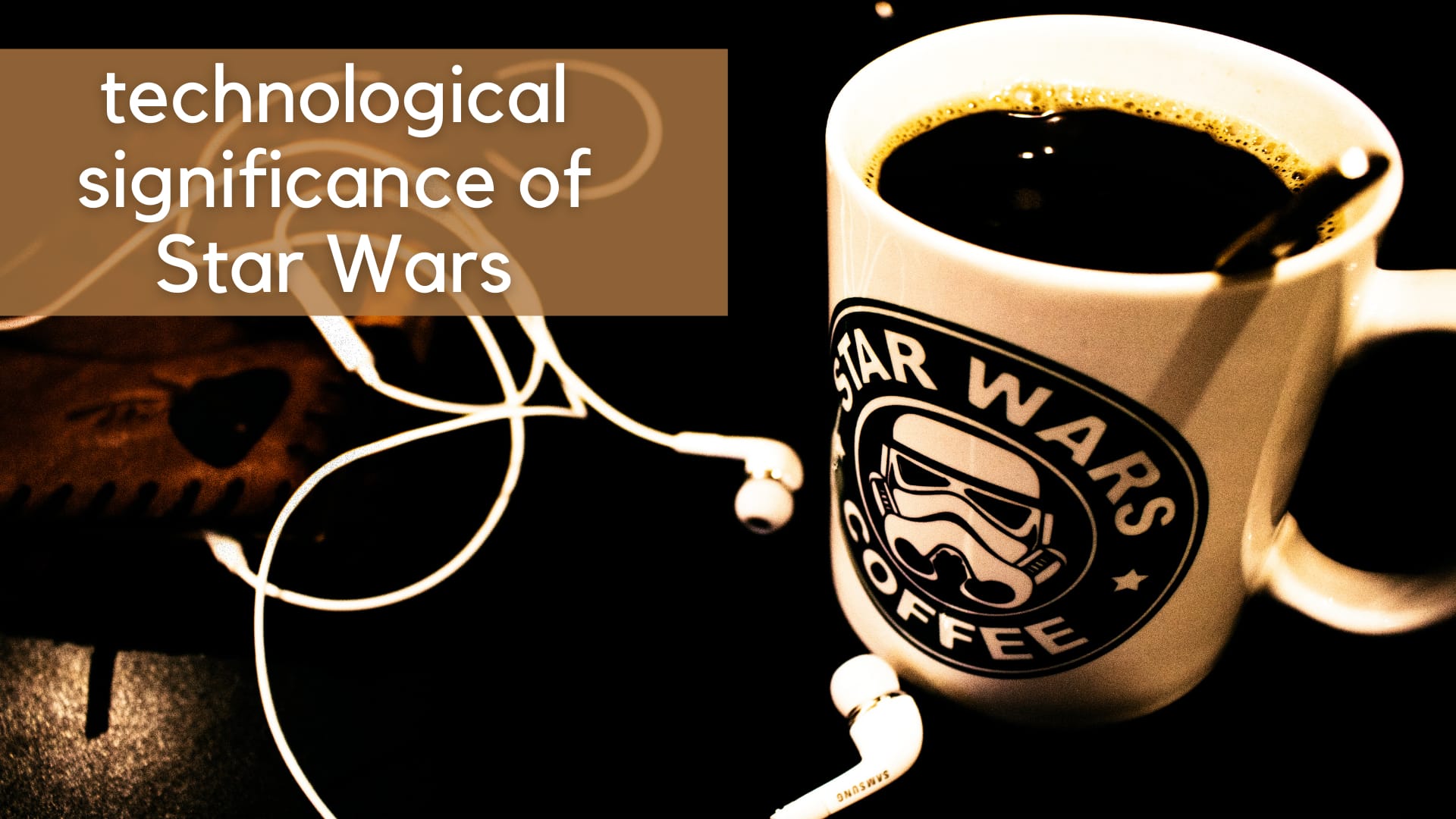 How Star Wars has shaped the technology around us

On May 25, 1977, the world was introduced to the Force for the first time. Star Wars Episode IV: A New Hope was released, and this year it is its 45th anniversary. Newer films and limited release series on Disney+ have reignited public interest in the iconic film series. While many are simply enjoying the new installment, others are taking note of the technological significance of these movies.

Star Wars is notorious for its high-quality special effects that continue to impress with each new installment. But beyond just stunning visuals, Star Wars affects our world in ways that go beyond entertainment. One of the most common elements in the Star Wars universe is the use of artificial intelligence and computers. In 1977, those concepts were not something that everyone used in their daily lives, but they are common today.

Even as I write this, I am wearing a device that connects to an AI-driven assistant on my iPhone. I can press a button and ask my watch a dozen different inquiries and get a valid response in return. I can turn lights on and off in our house; I can set our thermostat to a certain temperature; I can even order dinner - by using the computer technology that is within arm's reach. This is something we have Star Wars to thank for.

There is no doubt that Star Wars has impacted the technology around us. Here are some of the more prominent examples of technology that was inspired by the film franchise.

The Dykstraflex consists of a camera attached to a robotic arm. Its connected computer can program the arm to move the camera in any desired direction, allowing for extremely smooth shots. The development of the Dykstraflex system allowed for unprecedented control over the camera's movement, making it possible to create the smooth and realistic movements that are now synonymous with Star Wars.

The Dykstraflex also made it possible to film scenes with multiple cameras simultaneously, something that had never been done before. This allowed for more complex and dynamic scenes and gave George Lucas the freedom to experiment with his filmmaking techniques. Thanks to the Dykstraflex, Star Wars has become one of the most influential and well-loved movies of all time.

Another new technology that emerged from Star Wars was 3D animation. The 1977 release of Star Wars Episode IV: A New Hope gave audiences their first extended look at 3D wireframe animation in action. In a scene where Tie Fighters chase the Millenium Falcon, the wireframe graphics give a sense of realism and depth to the action.

However, due to the limitations of technology at the time, the animation was rudimentary and limited to basic geometric shapes. For many years, 3D animation was used sparingly in movies, mostly for special effects or to create fantastical creatures.

That one scene in Star Wars pioneered the use of 3D animation in cinema and laid the groundwork for films to use 3D animation in various ways. This rudimentary technology (at the time) would evolve and provide audiences with realistic and awe-inspiring effects that would be impossible or very expensive to create with live actors.

For example, in 1993, Steven Spielberg released Jurassic Park and revolutionized the use of 3D animation in movies. With advances in computer technology, Spielberg was able to create realistic dinosaurs that looked and moved like actual animals. This ushered in a new era of 3D animation, which is now used extensively in movies and television shows.

In addition to entertainment applications, 3D animation is also being used frequently in medical scenarios. 3D animation can create a three-dimensional image of the inside of the body. This can help surgeons plan for surgeries and helps patients understand their conditions.

As a technology, bionic prosthetics are remarkably close to the movies. In fact, a few current examples were inspired by Star Wars. The development of bionic prosthetics has been helped by materials from science and robotics, both of which have made great strides in the last few decades.

The first bionic prosthetic was created in 1960 for a woman named Jeanette Cochrane. Cochrane had lost her arm in an accident and was given a new arm powered by hydraulics. While this arm was primitive by today's standards, it showed that it was possible to create a working bionic prosthetic. Since then, a lot of progress has been made in bionic prosthetics. Today, many different types of bionic prosthetics are available, including arms, legs, and eyes.

Since the release of Star Wars Episode IV: A New Hope, holographic displays have become a staple in science fiction films and television. Princess Leia uses a holographic transmission to communicate with Luke Skywalker in the movie. Since then, the technology has come a long way and is now being used in real-world applications.

One such application is communication. Holographic displays can be used to create a three-dimensional images that multiple people can see simultaneously. This allows for more interactive communication instead of traditional video conferencing, where everyone is looking at the same two-dimensional screen.

Holographic displays are also being used in training and education applications. For example, surgeons can use them to learn new procedures without practicing on a live person. This not only saves lives but also reduces the cost of medical procedures.

Today, we might not have the capability to communicate via hologram images, though we might be getting closer. One example is the "tactile" hologram pictured above, which was developed by researchers at the School of Engineering and Informatics of the University of Sussex. "Even though we have yet to match the Rebel Alliance's communications capability, our prototype has come the closest yet and opened up a host of other exciting opportunities in the process," Dr. Ryuji Hirayama, lead author of the research paper, said in a press release.

Star Wars is one of the most successful film franchises in modern history. It has inspired an entire generation to immerse themselves in a science-fiction galaxy far, far away and spend their time exploring imaginary worlds and embarking on fictional adventures. It is evident that Star Wars has had a significant impact on the technology around us. Some of the more prominent examples inspired by the film franchise includes camera technology, holographic displays, and more. Whether it is the way we take pictures or the way we communicate with others, this franchise has impacted the world in a major way. We can only wait and see what other technologies will be born from this iconic series.